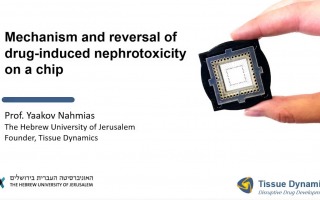 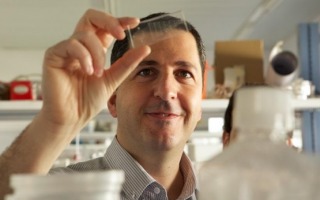 Prof. Yaakov Nahmias of the Hebrew University of Jerusalem, founder and CEO of Tissue Dynamics, told The Media Line that his company’s autonomous drug development platform can cut that cost by 40% to 80% and the time required by 30% to 50%.

“This is massive. It means that you won’t need $3 billion to develop a drug; you will need several hundreds of millions of dollars to do it,” he said.

The technology, when completed, will transform the pharmaceutical world in two ways.

The first, he explained, is that small pharmaceutical companies will be able to develop and test medicines on their own.

“In Israel, for example, there are hundreds of small pharmaceutical companies. None of them can bring a drug to the market because none of them has the funding to support multiple failures during the study,” he said.

Today, he said, the small companies develop medicines up to a certain point and then sell them to pharmaceutical giants that are the only ones big enough to carry the risks of drug development.

“When our technology is complete, we will be able to dramatically reduce the risk of clinical studies, which will open an entire world for small companies to finally get their own drugs to market,” Nahmias said.

The professor considers the second way the new technology will change the pharmaceutical world to be even more interesting: It will make sense financially to develop medicines for so-called orphan diseases – rare medical conditions that have very few patients. Deployment of treatments for these conditions is currently neglected because it is not profitable without government assistance.

“It will suddenly become economically viable because you will need less money to develop the drug,” he said.

Drug development today is a long process in which scientists work with cells from several cell lines, for example, ones with various types of cancer. When they find something promising, they perform a long cycle of experiments to try to understand the mechanism of the drug they developed and whether it is safe for use on patients, Nahmias explained.

“This is a very long and expensive process that costs billions of dollars every year. The problem is that it includes a lot of failures,” he said.

In Tissue Dynamics’ platform, a robot makes microfluidic models of human tissues. It turns cells into tiny versions of the major organs of the body, such as livers, hearts, brains, and kidneys.

Tissue Dynamics places sensors in those organs to record their function, allowing the robot to communicate directly with the human tissue that it creates.

This allows the robot to start screening drugs against different models of disease. It can perform, by itself, safety assessments in the microtissues and identify the drug that works best and causes the least damage to human organs, and it does this extremely fast.

Nahmias said that in addition to discovering new medications, it is an excellent platform for drug repurposing, taking medicines that already exist, and finding new uses for them.

The biotechnology company’s ability to integrate sensors into human tissue has been proven to be extremely useful for the discovery of drugs for many diseases, he said.

He believes that Tissue Dynamics will certainly revolutionize the pharmaceutical world. But it is not limited to that sphere.

“This technology can be applied to lots of other fields, such as pesticides or any other sector with the need to test any toxic effects on a special platform,” Goldwaser said. “It can be tremendously useful for any company that performs clinical trials,” he said.

Nahmias says he has been developing the idea for the new platform for 15 years.

While studying for his Ph.D. at the University of Minnesota, he developed one of the first 3D printers able to produce biological cells. “I noticed that even though I spent five years meticulously developing a system that places cell after cell to build tissue, in some environments the cells didn’t need me, they self-assembled into the microtissue,” he said.

Then he moved to Harvard University and built a tool that allowed him to start identifying new treatments. “I actually made a human liver and used it to test new drugs for hepatitis C, and then took it all the way to the clinic,” he said.

Later, he met an entrepreneur who wanted to take human cells and draw them on a microchip. “I built the technology for him. And that ended up being the first organ-on-chip system on the market,” he continued.

After he licensed the technology and it was working, Nahmias said, “I came to the conclusion that this technology was being wasted. People were doing with these microchips the same thing they were doing with the animals: Give it a drug, wait for a few days, and then look inside to see what happened.”

He realized that one could start integrating sensors inside the organ to communicate with it. So he built the new technology, spending $7 million in the process.

Once they put it all together and started building more and more organs, “we started realizing that we can do everything with a single robotic system and use the emerging machine learning tools to make it completely autonomous. The computers can talk directly to the tissue itself,” he said.

He founded Tissue Dynamics four years ago, and now it is engaged in its second investment round. “We just moved to a facility in Rehovot more than 10 times bigger than where we were before,” Nahmias said. 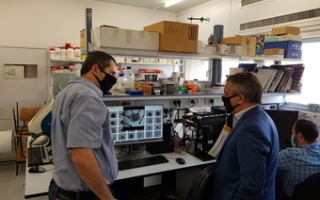 Professor Yaakov Nahmias hosted the Argentine Ambassador to Israel, Sergio Urribarri, in his lab, to discuss the Professor's latest breakthrough in COVID-19 research.

Read More
Urribarri is the first foreign representative to visit Nahmias' lab in light of the new breakthrough.

The two discussed the possibility of conducting some of the trials in clinical centers in Argentina. 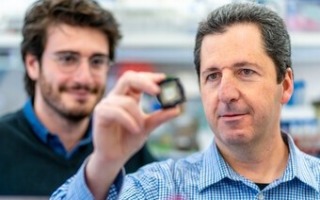 A new research by Prof. Nahmias, together with Prof. Benjamin Tanover from Mount Sinai Hospital in New York has led to a significant breakthrough in understanding the modes of action of the SARS-CoV-2 virus.

Read More
The researchers found that the virus causes a massive accumulation of fat in human lung cells after it rewires the metabolic mechanisms in the cell. Prof. Nahmias' robotic scanning system showed that lung cells infected with the virus consumed more carbohydrates, such as glucose, which are needed for the rapid distribution of the virus, and formed fats that accumulated in the lung tissue. These findings explain why high blood sugar (hyperglycemia) and high cholesterol (dyslipidemia) are a major risk factor for corona, even in the absence of diabetes.

Prof. Nahmias: "Our analysis is the first comprehensive description of the human lung response to the SARS-CoV-2 virus. We show that the lung response to SARS-CoV-2 is primarily metabolic, leading to healthy fat accumulation. Our data indicate that fat accumulation Improper may establish critical aspects of COVID-19 development. This is a breakthrough that opens up possibilities to neutralize the action of the virus through targeting the host tissue activity that allows it to develop a substrate".

Prof. Nahmias was able to find a drug called fenofibrate (Ticor) that was approved by the FDA as early as 1975. Fenofibrate has been used in the past to treat high levels of cholesterol and triglycerides in the blood, and has since been replaced by statins. In a laboratory experiment, Fanofibrate allowed lung cells to break down lipids quickly and block the ability of the corona virus to "snatch" the metabolism of lung cells, thus actively suppressing its replication - and consequently, the development of the disease.

Prof. Nahmias: "Our discovery came just in time, because there are new indications that vaccines that are being developed today may only protect patients for a few months. However, if our results are confirmed in a clinical trial, drug treatment can within a few months, reverse COVID- 19 for a type of cold". 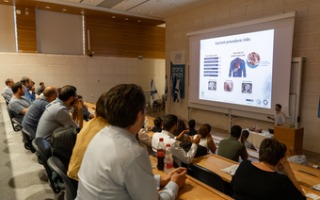 VenoVision was selected to participate in the inaugural IP² Launchpad Taiwan-Israel Program in 2020. VenoVision was one of only 25 Israeli start-ups chosen to lead the way in exploring opportunities in Taiwan and Asia. 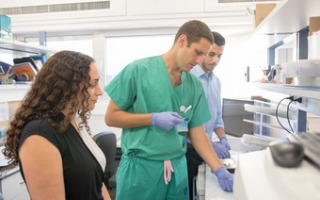 BioDesign program was listed as one of the "2020 Innovations That Inspire" by the AACSB, the world's largest business education alliance.

Israeli company Future Meat Technologies announced that it has closed a $14 million Series A financing round led by S2G Ventures, and Emerald Technology Ventures. 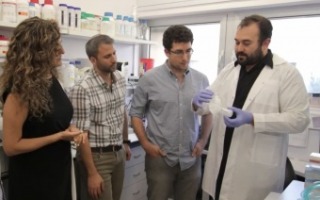 BioDesign iCough team wins 1st place at VANTEC: Vancouver and 2nd place at the Innovative Health Technologies competition sponsored by the Rick Hansen Institute and the Royal Bank of Canada. 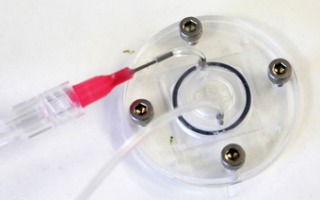 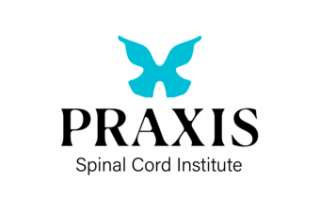 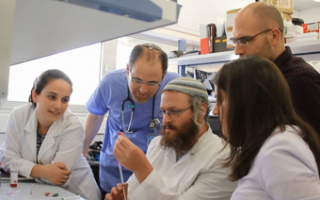 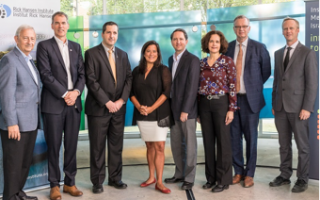 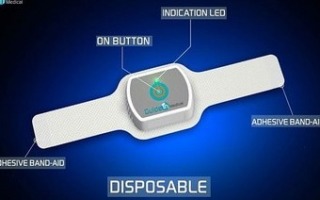